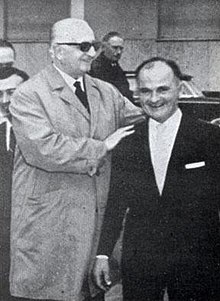 The production of new cars in "Continuation"

The activation of the “Continuation” branch has already been scheduled, with the first making of the Bandini 750 sport international model, known as “Saponetta”. It is a basic model on a racing version which is going to have an upgraded mechanic, while the style will only have a minimal evolution to guarantee a higher degree of safety. It could also be homologated, should there be an interest to use it on the road. Here are the possibilities and differences of the various versions:

To see the full list of the models included in the Continuation program, please take a look at the specific section.

For all of the other models there is only the option of making them as One-off.

The production capacities of the firm were the ones typical of an artisan activity. In fact, only 75 cars were produced in the ’50s and beginning of the ‘60s, all of which were developed for competitions. This aim requires that, in the majority of cases, the technical and style choices are inclined towards technical regulations, the natural developing process or the needs of the time, rather than following a specific market request. Therefore, it is more accurate to refer to them as “types” instead of “models”, since there are also significant differences in between units of the same model. These distinctive features along with some common ones, often make them unique pieces of a much limited and incomparable production. It is also possible to find some Bandini cars  which, over the years, have been equipped with different engines because of treading deals or simply to compete in other categories.

So the following types can be distinguished:

Each one of the types mentioned above is linked to a specific Wikipedia page where is possible to find detailed information. These pages have also been verified by Michele Orsi Bandini.